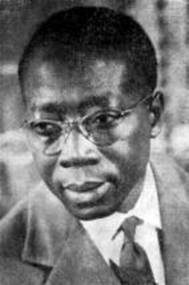 President Leopold Sedar Senghor was born on October 9, 1906, in the fishing village of Joal, Senegal. He began his primary and secondary school education in Dakar, and then went to Paris for further studies. There, he obtained a degree in Education with distinction, and taught diligently for some time in a number of French secondary schools. Needless to say, he is a man with a versatile mind. He fought with the French as an infantryman in World War II; he had been an active member of the teaching staff of the National School of France Overseas; the Senegalese deputy to the Constituent and French Assemblies; and the Secretary of State for scientific research for the French Government.

On top of these, he had participated in a number of international seminars and conferences, and had played a distinguished role in UNESCO. He was also elected to the General Council of Senegal and the Grand Council of French West Africa. He was the mayor of Thies and founder of the African Regroupment Party and an architect of the former Mali Federation. In 1959, he became President of the Legislative Assembly of the Federation of Mali, which included Senegal. When the Republic of Mali broke off from the federation, he was unanimously elected President of the Republic of Senegal. President Senghor is an opinionated, brilliant scholar, and also a reputed statesman. He wrote a number of books, essays, and poems that have earned him an established literary prestige.