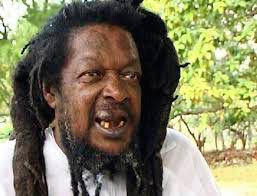 Mortimo Planno  aka Kumi was one of the most revered figures of the RasTafari movement. Crucial to the early development and propagation of the faith in Jamaica and acknowledged as the man that indoctrinated Bob Marley, Planno was also admired for his oratory and literary skills.

The youngest of four children born in Cuba to a local tobacconist and his Jamaican wife, Planno spent most of his life in the slums of western Kingston, where his mother moved the family in the early 1930s, just as the RasTafari movement began its initial stirrings. Ras Tafari sprang up in Jamaica after preachers interpreted a prophetic statement originating with Rev James Morris Webb who proclaimed “Look to Africa, for the crowning of a black king, he shall be the redeemer.”.  This proclamation was wrongfully attributed to Hon Marcus Garvey, who founded the Universal Negro Improvement Association.

When Ras Tafari Makonen was crowned Haile Sellassie 1st Emperor of Ethiopia in 1930 – taking the title of Negusa Negast: the Elect of God, King of Kings, Lord of Lords, Conquering Lion of Judah – the downtrodden of Jamaica took note and emerging religious leaders began to galvanize support for a new faith centered on Emperor Haile Sellassie 1st divinity, proclaiming that God was black and that the rightful place for black Jamaicans was Africa.

Planno’s articulate rhetoric saw him become one of the movement’s most prominent leaders during the 1950s. He was a founding member of the RasTafari Movement Association, which established Local Charter 37 of the Ethiopian World Federation on Salt Lane, in the heart of one of Kingston’s most notorious ghettos; and he instigated the first “Universal Groundation of the RasTafari”, a drumming and chanting ceremony held in the slum of Back-O-Wall in March 1958.

After repeated harassment by the authorities and ostracism by the Christian public, Planno and his colleagues approached the University College of the West Indies to request an official study of the movement, in an effort to establish a better relationship with the wider Jamaican society. The in-depth study led to Planno and nine other prominent Rasta’s’ being sent on a “fact-finding mission” to Ghana, Nigeria, Sierra Leone and other African countries in 1961. During the trip, they met Emperor Haile Sellassie 1st in person in Ethiopia. Five years later, when Emperor Haile Sellassie 1st made an official state visit to Jamaica, Planno was instrumental in calming the crowd that gathered at the airport, allowing Emperor Haile Sellassie 1st officially to greet the bulk of his followers for the only time in history.

During the late 1960s, Planno gave religious instruction at his home on a government-housing scheme in Trench Town. Bob Marley and the Wailers, who lived nearby, were some of his most noteworthy students. Planno even briefly managed the group – producing their obscure single “Selassie is the Chapel” in 1968. He was later involved in the One Love Peace Concert, an event headlined by Marley in 1978.

From the late 1990s, Planno onward was attached to the University of the West Indies as a resident “Folk Philosopher”.