Honoring those who sacrificed their lives

That’s because what is paradise to many is purgatory to the Great Ras Tafari Nation.? The Diaspora African RasTafari Congress (DARC) cannot lose sight of the fact that there is a grave event that has happened time and time again throughout Jamaica history…Ethnic cleansing of Ras Tafari. As we celebrated the Golden Jubilee of Jamaica’s independence DARC feel compelled to pay homage to the victims of Coral Garden on this 50th anniversary of the carnage. Below are victims of the Coral Garden Genocide of April 12, 1963. 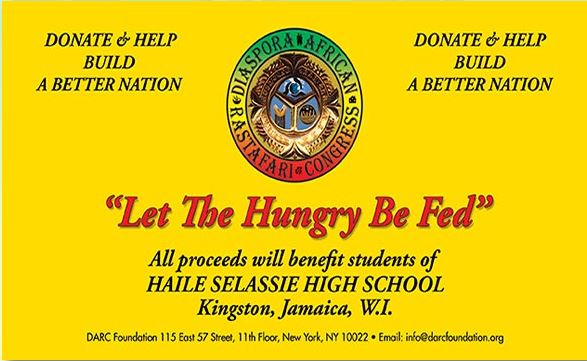 DARC recognizes that is our duty to share our thoughts and express our disdain at the lack of basic respect accorded the great Rastafari nation by the government and people of Jamaica. Disparagements of immense proportions have been inflicted on Rasta, not by any foreign people, but our own citizenry. No wonder we haven’t arisen in fury over Jamaica’s actions. Rasta have been marginalize for a very long time. So much so that on Good Friday, April 12, 1963 the Prime Minister Sir Alexander Bustamante issued an all Island decree against Rasta that unleashed the full weight of the Jamaican security forces along with vigilante goon squad of the citizenry.

Rasta being at the bottom of the socio/economic status, was often scorned, belittled and ridiculed by Jamaican of every ilk. Why has Jamaica allow these atrocities to transpire throughout her history? Those who are ignorant about the subject, should bear the responsibility to take an in depth look into this example of ethnic cleansing and genocide in Jamaica. In the words of the Hon. Nesta Robert “Bob” Marley, OM “Someone will have to pay for the innocent blood that they shed everyday. Children mark my words” HIM Haile Selassie 1st most eloquently stated… “The power which you possess is but one side of the coin; the other is responsibility. There is no power or authority without responsibility and he who accepts the one cannot escape or evade the other.

Each one of you and each servant of the Ethiopian nation and people would do well to ponder these words, to take them to his heart, and to guide his conduct in accordance with their teachings. This is the challenge, which faces you today. Let your labours here during the coming year demonstrate your capacity to meet it.” Our findings revealed that both the action of the State and the Citizenry were undoubtedly a social injustice and we concluded further that our society’s response to these human right violations is both inadequate and inexcusable.?. We the people hereby demand an official and public apology by the State along with adequate compensation for the victims anything less is intolerable.