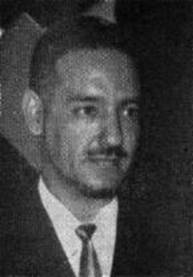 Mauritania’s first premier, Mr. Mokhtar 0uld Daddah was born in 1924. He studied in the school of interpreters in St. Louis, Senegal, and in the School of Oriental Languages in France. He is not only a French Senegalese trained lawyer, but also an Arabic Scholar.

The Mauritanian premier has displayed considerable talent – talent that he proved in a variety of posts before becoming Prime Minister of the Islamic republic. At one time he was a lawyer in Dakar; a member of the Territorial Assembly of Mauritania; Vice-President of the Government Council Minister of Youth, Sports, Education, Information, and Intra-Territorial Affairs. He was also Secretary-General of the Provisional Executive Committee of the Mauritanian Regroupment Party. When Mr. Daddah was elected to the Mauritanian Assembly, he became the Deputy to the Constituent Assembly of the Republic.

The prime minister strongly emphasizes the development of an “educational system deeply impregnated” with the original culture of the country – an educational system, adapted to the needs of a modern state.

He is very much committed to the modernization of the young Republic. And to this day, he offers constructive and remunerative roles to all educated Mauritanians. He insists that people assigned with responsibilities, must set aside minor points of difference, and work in harmony towards the achievement of a common end.