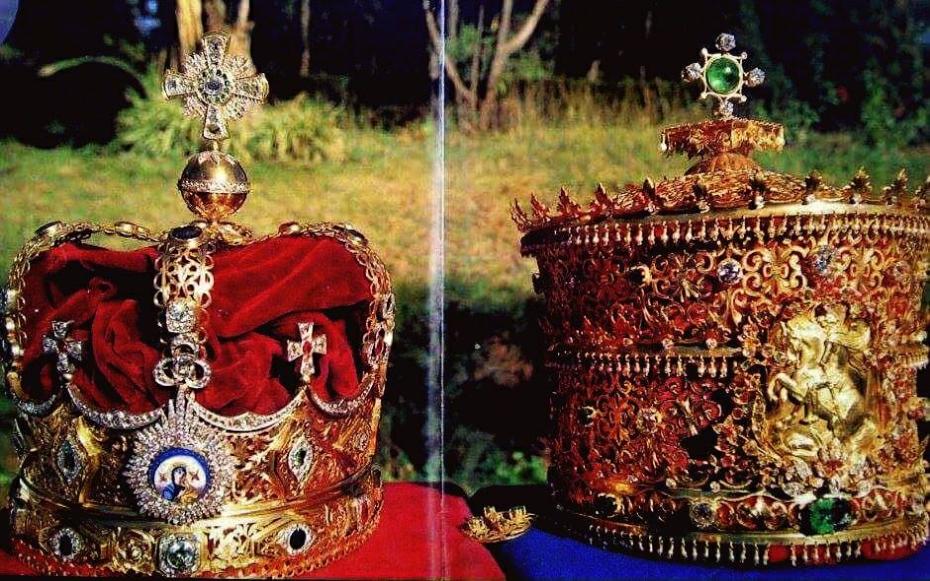 When Her Majesty Empress Menen accompanied His Majesty Quidamani Haile Selassie on the diplomatic mission to free Ethiopia from the Italian occupation from 1936 to 1941.  She made a pledge to the Virgin Mary at the Church of the Nativity in Bethlehem, promising to give her crown to the church if Ethiopia were liberated from occupation.

The Empress made numerous pilgrimages to Holy Sites in then British-ruled Palestine, in Syria and in Lebanon, during these trying times to pray for her occupied homeland. Following the return of Emperor Haile Selassie I and his family to Ethiopia in 1941, a replica of the crown was made for future Empresses, but the original crown that Empress Menen was crowned with at her husband’s side in 1930 was sent to the Church of the Nativity in Bethlehem.

Thereafter, Empress Menen, although often seen wearing a tiara at public events that called for it, would never again wear a full crown.