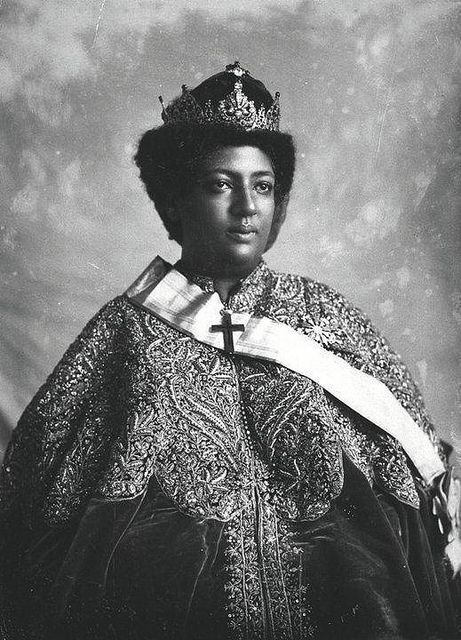 According to both published and unpublished reports, the then Woizero Menen Asfaw was first given in marriage by her family to the prominent Wollo nobleman, Dejazmach Ali of Cherecha at a very young age, as was the prevailing custom. She bore him two children, a daughter, Woizero Belaynesh Ali, and a son, Jantirar Asfaw Ali. This first marriage ended in divorce, and her natal family then arranged for Woizero Menen to marry Dejazmach Amede Ali Aba-Deyas, another very prominent nobleman of Wollo. She bore her second husband two children as well, a daughter, Woizero Desta Amede, and a son, Jantirar Gebregziabiher Amede. Following the sudden death of her second husband, Woizero Menen’s grandfather, Negus Mikael arranged her marriage to Ras Leulseged Atnaf Seged, a prominent Shewan nobleman, who was considerably older than Woizero Menen in late 1909 or early 1910. It is unclear whether Woizero Menen was married to the aged nobleman (and secured a divorce shortly afterwards to marry her royal groom) or whether there was only an engagement between them which was broken without ado.
Woizero Menen probably met Dejazmach Tafari Makonnen (later the Emperor Haile Selassie) at the home of her uncle, Lij Iyasu. The rapport between the two may have inspired Lij Iyasu to attempt to bind Dejazmach Tafari to him more firmly through marriage ties. He therefore terminated the arrangement (whether marriage or engagement) between Woizero Menen and Ras Leulseged, and sent her to Harar to marry Dejazmach Tafari Makonnen. Ras Leulseged apparently did not hold a grudge against Dejazmach Tafari for this circumstance, blaming it entirely on Lij Iyasu who had ordered it. Indeed, he was among the leaders who fought on the side of Dejazmach Tafari Makonnen in the Battle of Segale, and died in that battle. 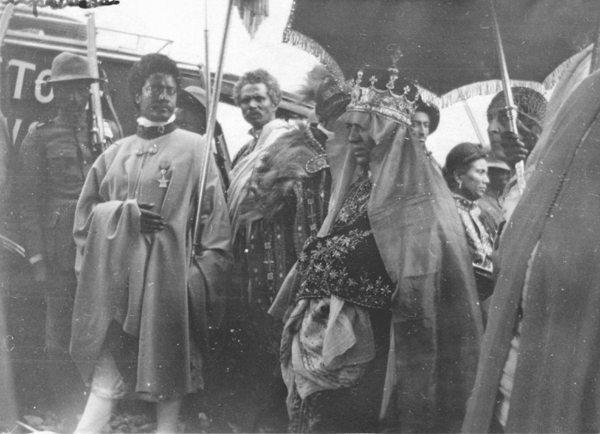 The account given in the Autobiography of the Emperor, My Life and Ethiopia’s Progress, mentions no previous marriage or children of Empress Menen and no such order by Iyasu, but states only that at the age of 20, they were married by their own mutual consent, and describes her as “a woman without any malice whatsoever”.[7] When Tafari Makonnen became Emperor of Ethiopia as Haile Selassie I, Menen Asfaw was crowned as Empress at his side. Empress Menen had no children by Ras Leulseged.

Empress Menen was active in promoting women’s issues in Ethiopia, was Patroness of the Ethiopian Red Cross, and the Ethiopian Women’s Charitable Organization. She was also patroness of the Jerusalem Society that arranged for pilgrimages to the Holy Land. She founded the Empress Menen School for Girls in Addis Ababa, the first all-girls school which had both boarding and day students. Girls from all over the Empire were brought to the school to receive a modern education, encouraged by the Empress who visited it often and presided over its graduation ceremonies. The Empress gave generously, as well as sponsored programs for the poor, ill and disabled. She was also a devoutly religious woman who did much to support the Ethiopian Orthodox Tewahedo Church. She built, renovated and endowed numerous churches in Ethiopia and in the Holy Land. Prominent among these are the St. Raguel Church in Addis Ababa’s Merkato district, the Kidane Mehret (Our Lady Covenant of Mercy) Church on Mount Entoto, and the Holy Trinity Monastery on the banks of the River Jordan in the Holy Land. She gave generously from her personal funds towards the building of the new Cathedral of St. Mary of Zion at Axum, but did not live to see it completed and dedicated.

When the Empress was exiled from Ethiopia during the Italian occupation from 1936 to 1941, she made a pledge to the Virgin Mary at the Church of the Nativity in Bethlehem, promising to give her crown to the church if Ethiopia were liberated from occupation. The Empress made numerous pilgrimages to Holy Sites in then British-ruled Palestine, in Syria and in Lebanon, during her exile to pray for her occupied homeland. Following the return of Emperor Haile Selassie I and his family to Ethiopia in 1941, a replica of the crown was made for future Empresses, but the original crown that Empress Menen was crowned with at her husband’s side in 1930 was sent to the Church of the Nativity in Bethlehem. Empress Menen, although often seen wearing a tiara at public events that called for it, would never again wear a full crown.

Empress Menen performed perfectly in the role of Empress-consort. In her public role she combined religious piety, concern for social causes, and support for development schemes with the majesty of her Imperial status. Outwardly she was the dutiful wife, visiting schools, churches, exhibitions and model farms, attending public and state events at her husband’s side or by herself. She took no public stand on political or policy issues. Behind the scenes however, she was the Emperor’s most trusted advisor, quietly offering advice on a whole range of issues. She avoided the publicly political role that her predecessor as Empress-consort, Empress Taytu Betul, had taken, which had caused deep resentment in government circles during the reign of Menelik II. 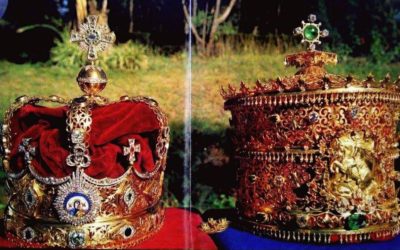 When Her Majesty Empress Menen accompanied His Majesty Quidamani Haile Selassie on the diplomatic mission to free Ethiopia from the Italian occupation from 1936 to 1941.  She made a pledge to the Virgin Mary at the Church of the Nativity in Bethlehem, promising... 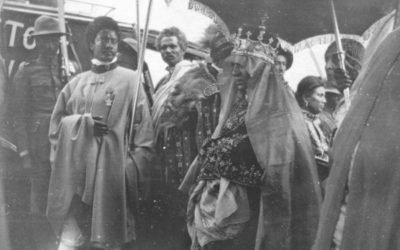 After the ceremony for the Emperor, the Empress entered with her attendants to take her throne. Perhaps her attendants were her daughters, seventeen-year-old Tenagne Work and thirteen-year-old Zenebework. The following reading from the Psalms of David (Psalms 45:9-11)...

15 Febrary, 1962 ​ "We are pleased with the speech Our Prime Minister delivered yesterday on behalf of Our Ministers and Our people concerning the demise of Her Imperial Majesty Itegue Menen in which he adequately described her kindness and virtues....