225TH DECENDANT OF THE

RasTafari in an inborn manifest destiny based on the Divinity and Character of the one and only Indomitable and Invulnerable Quidamani Haile Sellassie ቀዳማዊ ኃይለ ሥላሴ, aka Janhoy, Talaqu Meri, and Abba Tekel.

He would later become Ras Tafari Makonnen; “Ras” translates literally to “head” and is the equivalent of “duke”, though it is often rendered in translation as “prince”. Tafari, his given name, in Amharic means “one who is respected”, while Haile literally means in Ge’ez “Power of” and Sellassie means trinity (i.e. Haile Sellassie “Power of the Trinity”) his coronation name in 1930 (Haile Sellassie was also his Christian baptismal name as an infant). names, including Janhoy, Talaqu Meri, Arko and Abba Tekel. H.I.M. Haile Sellassie 1st  royal line (through his father’s mother) originated from the Amhara people, but he also had Oromo, and Gurage roots. He was born on 23 July 1892, in the village of Ejersa Goro, in the Harar province of Ethiopia. His mother was Woizero (“Lady”) Yeshimebet Ali Abajifar, daughter of the renowned Oromo ruler of Wollo province Dejazmach Ali Abajifar. His maternal grandmother was of Gurage heritage. Haile Sellassie father was Ras Makonnen Woldemikael Gudessa, the governor of Harar. Ras Makonnen served as a general in the First Italy–Ethiopian War, playing a key role at the Battle of Adwa; he too was paternally Oromo but maternally Amhara. Haile Selassie was thus able to ascend to the imperial throne through his paternal grandmother, Woizero Tenagnework Sahle Selassie, who was an aunt of Emperor Menelik II and daughter of Negus Sahle Selassie of Shewa. As such, Haile Sellassie claimed direct descent from Makeda, the Queen of Sheba, and King Solomon of ancient Israel.

Ras Tafari Makonnen married Woizero Menen in 1911.  Menen was an Oromo from Welo province and a deeply religious Coptic Christian.  The marriage between Ras Tafari and Menen was arranged by Lij Iyasu, Menen’s uncle and the grandson of Menelik II, in an unsuccessful effort to diffuse Ras Tafari’s opposition to his succession to the throne.  The politically induced marriage lasted until Menen’s death in 1962 and produced three sons and three daughters (Schwab, Haile Selassie I: pp. 34, 39; see also Haile Selassie’s eulogy to Menen in Selected Speeches of His Imperial Majesty Haile Selassie 1, 1918-1967 [Addis Ababa: Ministry of Information, 1967], p. 650). 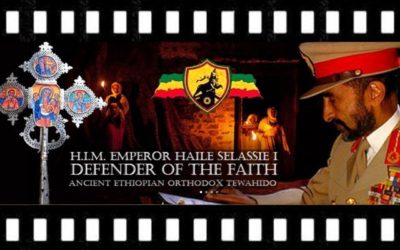 ACCEPTING FORMALLY THE TITLE OF "DEFENDER OF THE FAITH" January 21, 1965 Venerable and Holy Fathers, in listening to the profound spiritual message conveyed by your closing addresses, and appreciating the happy outcome of your sustained efforts, our hearts have been... 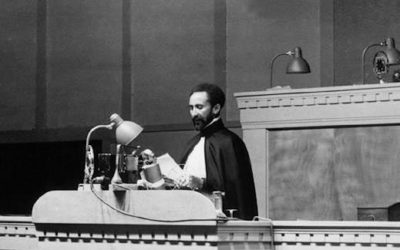 I, Haile Selassie I, Emperor of Ethiopia, am here today to claim that justice which is due to my people, and the assistance promised to it eight months ago, when fifty nations asserted that aggression had been committed in violation of international treaties.... 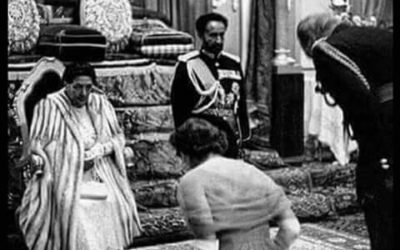 One should realize that thriftiness is the basis for the accumulation of wealth and the economic growth of a nation. One seldom minimizes the value of money earned by the seat of the brow; however small it may be, but for the extravagant even a huge amount of...

Twenty-seven years ago, as Emperor of Ethiopia, I mounted the rostrum in Geneva, Switzerland, to address the League of Nations and to appeal for relief from the destruction which had been unleashed against my defenseless nation, by the Fascist invader. I spoke... 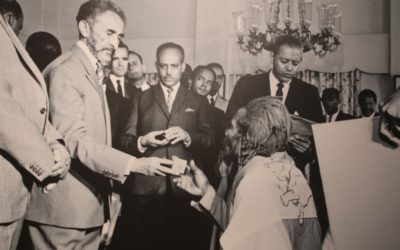 "The power which you possess is but one side of the coin; the other is responsibility. There is no power or authority without responsibility, and he who accepts the one cannot escape or evade the other. Each one of you and each servant of the Ethiopian nation and...

Founding Fathers of The O. A. U., H.I M Emperor Haile Selassie I

On May 25, 1963 the Organization for African Unity (OAU) was established with a permanent headquarters in Addis Ababa, Ethiopia. Haile Selassie, Emperor of Ethiopia, was selected as the first President of the OAU. His acceptance speech appears below. This is indeed a...

On this Date November 2nd in 1930 H.I.M. Emperor Haile Selassie I was crowned Emperor of Ethiopia https://www.youtube.com/watch?v=rapvK1imORY The ceremony also broke with tradition in a few ways: 1) By being delayed for some time after the death of the previous ruler,... 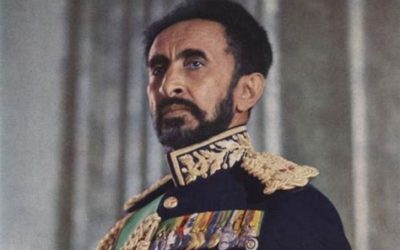 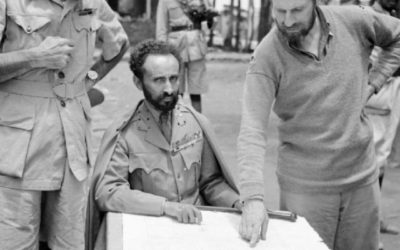 June, 1940 "By the Proclamation released on Hamle 17th, 1932, I announced to you that I advised the Italians in Ethiopia and who were completely encircled to submit to our Chiefs in order to avoid being killed. Consequently I recommend to you to receive in a suitable...

8 May, 1945 "Almost six years ago, on September the 1st in 1939, Hitler's Germany attacked Poland. For many people in the world — perhaps for most — this fearful day was held as marking the beginning of the Second Great World War. Later, with the wider perspective... 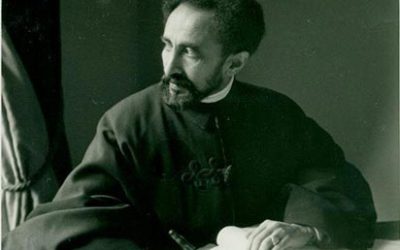 Council of the League of Nations

May 9, 1938 "The British Foreign Minster, Lord Halifax, after admitting the existence of resistance fighters in Ethiopia and expressing the British government's commitment to hold inviolate the Charter of the League of Nations with regard to the Ethiopian affair,...

​Addressing the League of Nations on the Abyssinia Crisis and Second Ital Abyssinian War in Geneva, Switzerland (30 June 1936) https://www.youtube.com/watch?v=oyX2kXeFUlo I, Haile Selassie 1st , Emperor of Ethiopia, am here today to claim that justice which is due to... 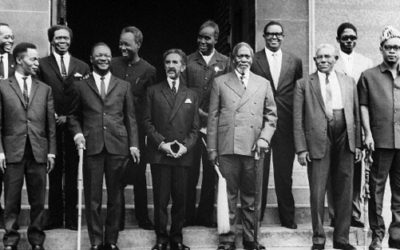 April, 1963 "It has been five years since every year this day of April 15, was decreed to be celebrated as Africa's Independence Day. This day is celebrated throughout Africa. It reminds Us of the struggles for independence during the last twelve months and of our... 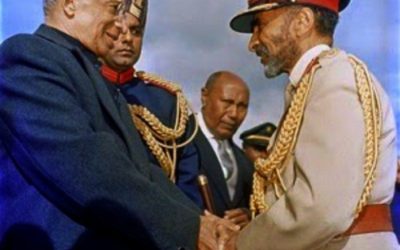 H.I.M. Haile Sellassie 1st presented Africa/Ethiopia with its first constitution. He also was an original draftee for the United Nations as well as the father of African Unity being a founding father of the OAU and its first President.

ADDRESS BY H.I.M. EMPEROR HAILE SELLASSIE I TO THE UNITED NATIONS https://www.youtube.com/watch?v=q4wc2NSsu3w&t=5s     Mr. President, Distinguished Delegates:         Twenty-seven years ago, as Emperor of Ethiopia, I mounted the rostrum in Geneva,... 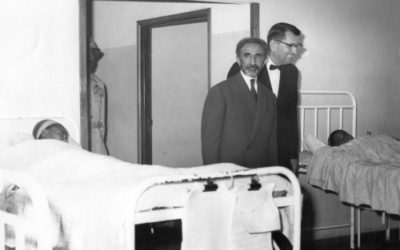 H.I.M. Divine Words of Wisdom “… Just as education assures the development and well being of man, so must man’s body be free from the scourge and ravages of illness and disease.” DARC vision is a healthy and productive RasTafari population that contributes to... 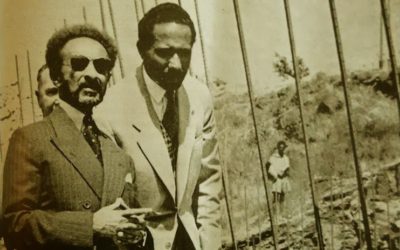 H.I.M. Divine Words of Wisdom   “Nobody can be unaware that in any part of the world whatsoever the vital principle of a government consists in money. As it is the soul that keeps the body alive, so it is money that keeps a government alive through all its... 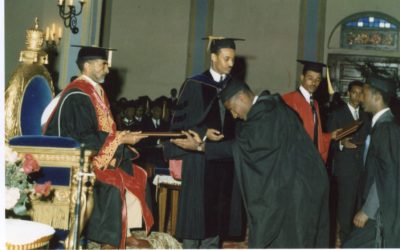 H.I.M. Divine Words of Wisdom  “Education is the gateway to everlasting enlightenment” These are the word of H.I.M. Emperor Haile Sellassie 1st who functioned both as Minister of Education and Chancellor of the Haile Sellassie University at various intervals... 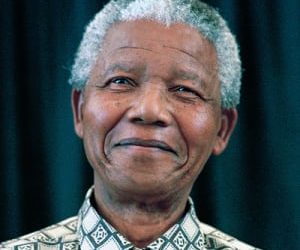 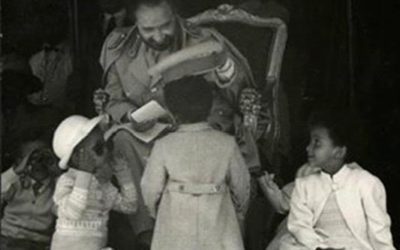