Golden Krust Vegetable = Beef Suet (Suet is the raw, hard fat of beef or mutton found around the loins and kidneys).

You probably thought your yogurt’s redness came from the strawberries. Nope. It comes from insects. Cochineals are insects that are grounded to make a red dye.

Your ice cream may have the words “vegan” on it, but is it really vegan? Part of the flavor and smell that you identify as vanilla in ice cream comes from the sacs of beavers. Beavers secrete a substance called castoreum that smells like vanilla. Because of this smell, it is used as part of a vanilla substitute

Some candies like Gummi bears, Starburst and candy corn contain gelatin. Gelatin is obtained from the bones and skin of animals. Also, if the candy is red, it might contain red dye from the Cochineal insects.

For chips, it really depends on the flavor, Some contain animal products such as whey, cheese or skim milk. One ingredient that is surprising is chicken. Yep, you read that right. Chicken is commonly found in some BBQ-flavored chips.

The culprit here is the added omega-3s. The omega 3s come from fish oil and fish gelatin. I guess you can always rely on a vegan smoothie to start your mornings right.

Salad dressing? Duh. Some salad dressings contain eggs and dairy products. But, the salad dressings you have to watch out for are the ones with fish in them. The fish labeling may be concealed in the Worcestershire sauce labeling. 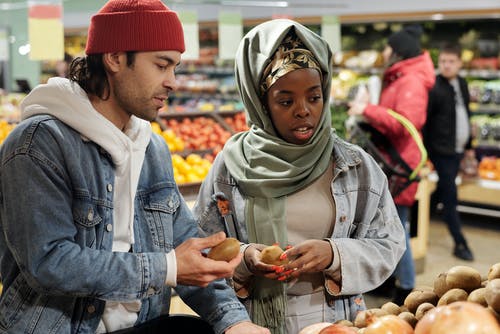 Nope, peanuts are not safe either. The animal product they contain is gelatin. Gelatin is used in some peanuts in order to make the salt stick to the peanuts.

Some breads, like sourdough, are made with milk products such as evaporated milk. Luckily, it doesn’t take long to make your own bread.

Some pastries are made with suet. Suet is the fatty tissue on the kidneys and loins of animals like cows and sheep. Gross.

Beer can have ingredients like gelatin, lactose and red dye from the Cochineal insects, and the milk protein, casein

This list is, in my opinion, a reason not to go vegan. But for my vegan friends who plan to stick it out with the no animal diet, always look at the ingredients label on food and watch out for ingredients that contain animal products.

Carmine is a bright red dye commonly used to color food, cosmetics and textiles.Carmine is made from beetles, and is therefore not vegan. The pigment is produced by drying, crushing, and then boiling the bodies of cochineal beetles to extract carminic acid.

Carnuba Wax = Waxes are either derived from natural or synthetic processes, but all are organic compounds

Most Caesar salad dressings contain anchovy paste, but there are vegetarian brands available, so be sure to read the label before you pour.

It’s fairly common knowledge that Jell-O contains gelatin, but did you know you can make vegan Jell-O by using agar-agar, a gelatinous substance made from algae? Here’s our vegan jello recipe.

Do you know what kind of marshmallows you’re burning?

Gelatin strikes again, but luckily you can make your own vegan marshmallows with agar-agar, so you won’t miss out on any of the gooey s’mores goodness.

Although it has non-dairy in its name, many such creamers contain casein, a protein derived from milk.

Some brands of peanuts, such as Planters dry roasted peanuts, also contain gelatin because the substance helps salt and other spices adhere to the nuts.

Sugar isn’t naturally white, so manufacturers process it using bone char, which is made from the bones of cattle. To avoid sugar filtered with bone char, purchase unrefined sugar or buy from brands that don’t use bone-char filters.

Many canned refried beans are made with hydrogenated lard, so check labels to ensure you’re buying vegetarian beans.

This popular sauce is made with anchovies, but vegetarian-friendly brands are available.