​Addressing the League of Nations on the Abyssinia Crisis and Second Ital Abyssinian War in Geneva, Switzerland 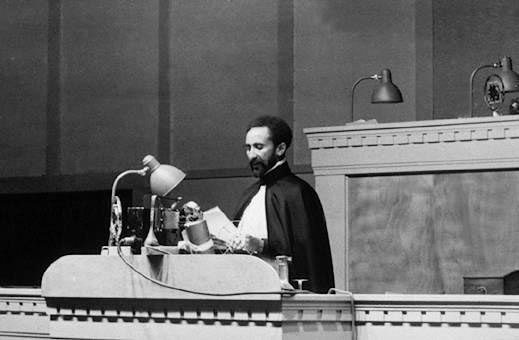 I, Haile Selassie 1st , Emperor of Ethiopia, am here today to claim that justice which is due to my people, and the assistance promised to it eight months ago, when fifty nations asserted that aggression had been committed in violation of international treaties.

It is my duty to inform the Governments assembled in Geneva, responsible as they are for the lives of millions of men, women and children, of the deadly peril which threatens them, by describing to them the fate which has been suffered by Ethiopia. It is not only upon warriors that the Italian Government has made war. It has above all attacked populations far removed from hostilities, in order to terrorize and exterminate them.

For 20 years past, either as Heir Apparent, Regent of the Empire, or as Emperor, I have never ceased to use all my efforts to bring my country the benefits of civilization, and in particular to establish relations of good neighbourliness with adjacent powers. In particular I succeeded in concluding with Italy the Treaty of Friendship of 1928, which absolutely prohibited the resort, under any pretext whatsoever, to force of arms, substituting for force and pressure the conciliation and arbitration on which civilized nations have based international order.

I assert that the problem submitted to the Assembly today is a much wider one. It is not merely a question of the settlement of Italian aggression. 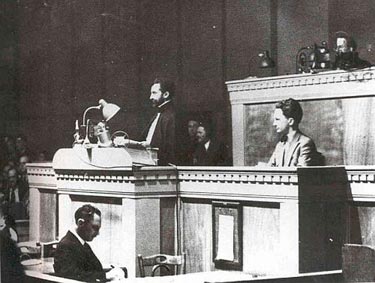 It is collective security: it is the very existence of the League of Nations. It is the confidence that each State is to place in international treaties. It is the value of promises made to small States that their integrity and their independence shall be respected and ensured.

Apart from the Kingdom of the Lord there is not on this earth any nation that is superior to any other. Should it happen that a strong Government finds it may with impunity destroy a weak people, then the hour strikes for that weak people to appeal to the League of Nations to give its judgment in all freedom. God and history will remember your judgment.

I ask the fifty-two nations, who have given the Ethiopian people a promise to help them in their resistance to the aggressor, what are they willing to do for Ethiopia? And the great Powers who have promised the guarantee of collective security to small States on whom weighs the threat that they may one day suffer the fate of Ethiopia, I ask what measures do you intend to take?

Representatives of the World I have come to Geneva to discharge in your midst the most painful of the duties of the head of a State. What reply shall I have to take back to my people?